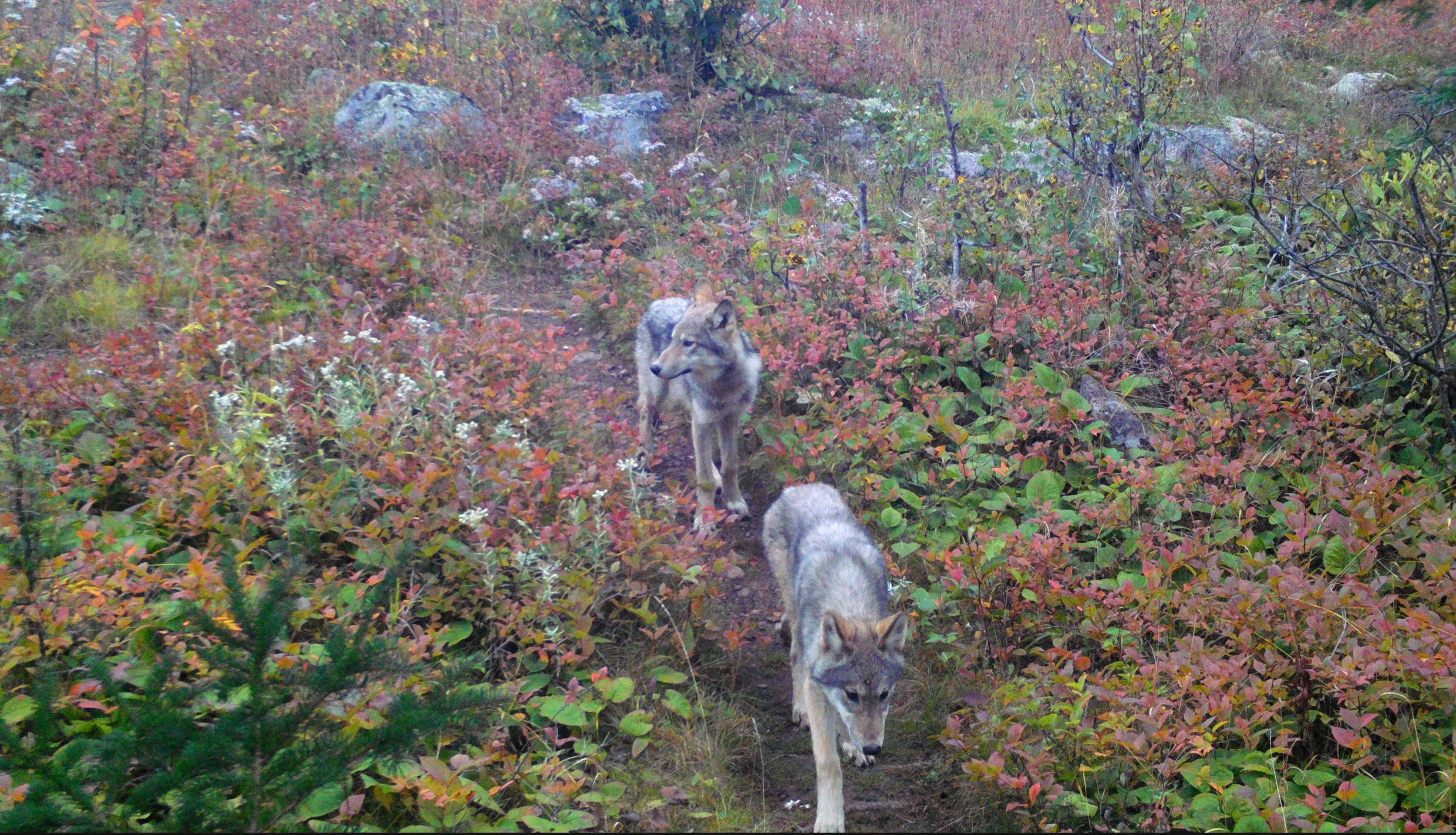 This press release was published by the National Park Service.
https://www.nps.gov/isro/learn/news/wolf-pups-born-on-isle-royale.htm

HOUGHTON, MICH – Isle Royale National Park and State University of New York-College of Environmental Sciences and Forestry (SUNY-ESF) have documented reproduction for wolves introduced to Isle Royale in 2018 and 2019, a key element of the National Park Service wolf introduction program’s success, https://globalwildlifecc.org/research/species-recovery/isle-royale-wolf-recovery. GPS collar data and images from remote cameras suggest pups were born in 2019 and 2020. An exact number of pups is yet to be determined.

Genetic analyses of scats collected at one of the rendezvous sites will be conducted and if pups are confirmed, it suggests wolf 014F likely was pregnant before translocation to Isle Royale. We have no other evidence that reproduction occurred in 2019.

Analyses of GPS location data for wolf reproduction in 2020 supported denning activity in early April for female wolf 001F. This wolf, captured on the Grand Portage Indian Reservation in northeastern Minnesota, was the first wolf translocated to Isle Royale in September 2018. Her GPS collar attempted to obtain locations during early April 2020 but failed, indicating the collar was underground or in dense vegetation. Investigations of the den site in June 2020, after wolves had moved away, resulted in biologists collecting 18 pup-sized scats. Genetic analysis conducted on these scats will help to determine the minimum number of pups born to wolf 001F.

Additionally, in July 2020, researchers obtained images from a remote camera of a single pup. Only a few hours later, an image of a single adult wolf at that same site was identified. Based on GPS data, this pup was born to female wolf 014F or 015F. Visitors reported pup-sized tracks near this same location in early August and MTU researchers collected 13 pup-sized scats nearby which will assist in determining the minimum number of pups in this litter.

“We can estimate the minimum number of pups born annually from scats collected at den and rendezvous sites, as well as monitor the genetic health of the population through time,” said Mark Romanski, NPS biologist and wolf introduction program coordinator at the park.

“Documenting reproduction is critical to the success of any introduction effort. In contrast to 2019 where female wolf 014F was likely pregnant before translocation, the breeding and rearing of two litters of pups this spring was a major step toward their recovery. We will continue to evaluate reproduction and recruitment of Isle Royale’s wolves using multiple lines of evidence including GPS collar data, remote cameras, DNA from wolf scats, and observations.” noted Dr. Jerry Belant, SUNY- ESF professor assisting the NPS with characterizing the wolf introduction program. Continuing to track this population closely will allow the NPS and its collaborators to evaluate the long-term success of the introduction and how wolves impact the ecosystem.

By 2018, with the wolf population at Isle Royale down to only 2, the National Park Service (NPS) and partners initiated an introduction, releasing 19 wolves at Isle Royale National Park from September 2018 through September 2019. Today, the NPS and research collaborator, SUNY- ESF released a summary report of the introduction effort so far.  Using location data retrieved from global positioning system (GPS) collars, scientists monitored important aspects of wolf ecology, such as social organization, summer predation, mortality, and reproduction to determine the success of the project.  The NPS and research partners estimated as many as 14 wolves were present on Isle Royale as of April 2020.“We are grateful to all our partners who worked tirelessly to support this historic restoration effort and we look forward to continuing our numerous collaborations that are helping to ensure we meet our objectives for restoring this apex predator to the Isle Royale ecosystem. We will now evaluate the program’s efforts to date to determine whether further translocations are warranted,” said Superintendent Denice Swanke, Isle Royale National Park.To learn more about Isle Royale’s wolves and the introduction efforts, you can watch CuriosityStream’s original film Breakthrough: Return of the Wolves https://curiositystream.com/returnofthewolves, produced in partnership with the National Parks of Lake Superior Foundation https://nplsf.org/, and read the recently published summary report at https://www.nps.gov/isro/index.htm.

This article was published by Else DeFranco in Mongabay. https://news.mongabay.com/2021/11/carnivores-avoid-rush-hour-by-taking-to-roads-at-night/ Large carnivores avoid people by steering clear of roads during the day, … END_OF_DOCUMENT_TOKEN_TO_BE_REPLACED